The LEDA experiment utilizes two host facilities: the Long Wavelength Array at Owen’s Valley, California, and the first station of the Long Wavelength Array situated in Socorro, New Mexico. Both facilities are used in a complementary fashion enhancing the scientific return of LEDA. Below the two host facilities are outlined and the LEDA technology employed at each facility are detailed. 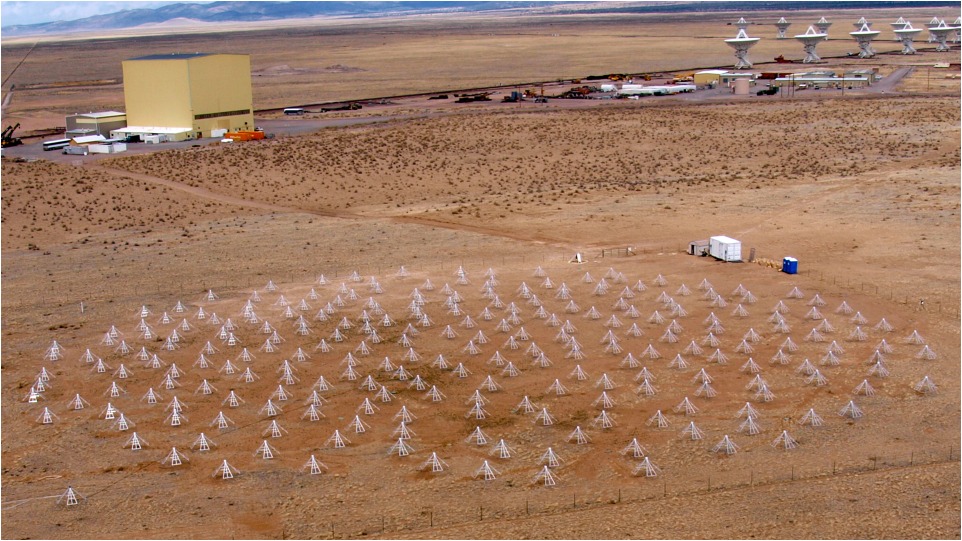 The first station of the Long Wavelength Array (LWA1) was completed in April 2011 and is co-located with NRAO’s Very Large Array in New Mexico, USA. It originated as the first “station” (beam-forming array) of the Long Wavelength Array (LWA). The LWA concept was conceived by Perley & Erickson (1984) and expanded by Kassim & Erickson (1998) and Kassim et al. (2005). It gained momentum with sub-arcminute imaging with the VLA at 74 MHz and the project began in earnest in April 2007, sponsored primarily by the Office of Naval Research (ONR), with the ultimate goal of building an aperture synthesis radio telescope consisting of 53 identical stations distributed over the U.S. Southwest. LWA1 is currently operated by a consortium led by University of New Mexico.

Even though LWA1 was originally conceived as just one element of many, it is currently a dedicated radio telescope distinct from (but supportive of) the separate effort to build a long-baseline aperture synthesis instrument. The array itself consists of 256 cross-dipoles distributed in a pseudo-random configuration filling a North-South extended Ellipse of 110x100m. The core of the array is complemented by additional individual dipoles distributed at distances of 200 – 500 m from the center of the core array. LWA1 operates in a frequency range of 10 – 88 MHz providing a digital backend that allows forming of 4 independently steerable beams, each freely tunable with a maximum bandwidth of 2×19.6 MHz. Additionally, it is possible to record the complex voltage signal from all dipoles simultaneously in two different modes. One allows recording of a continuous time series of a freely tunable 100 kHz of bandwidth and the other allows recording of the full bandwidth in bursts of ~40ms, with deadtime to dump out the data.

Despite its own dedicated digital backend. In the course of the LEDA project, LWA1 was outfitted with a signal splitter, allowing to split out 64 signal paths to be passed to both the LWA1 own digital backend and a dedicated LEDA FPGA/GPU correlator allowing correlation of 64 signals (LEDA-64, Kocz et al 2014). In addition, four so called “outrigger” dipoles were constructed well separated from the core array to provide well isolated platforms for the deployment of LEDA developed total power switching frontends, allowing recording of total sky power data together with the LWA1 array. 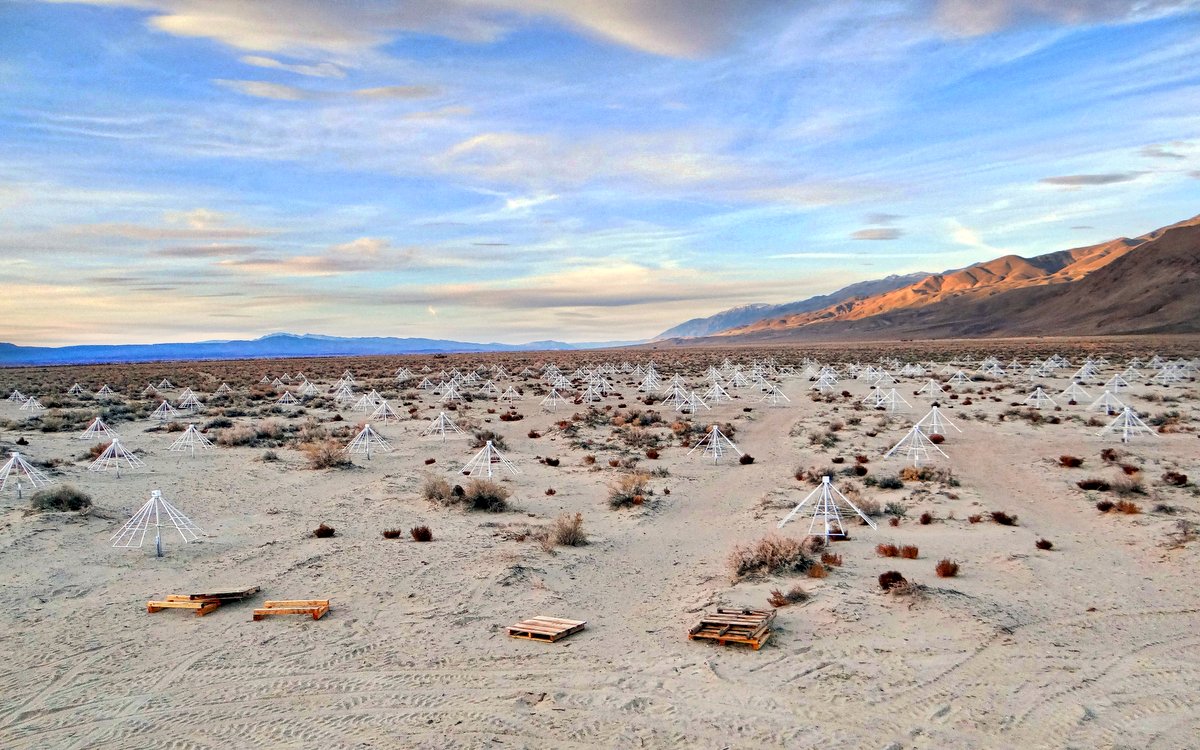 The Long Wavelength Array situated at Caltech’s Owens Valley Radio Observatory finished construction in 2013. Its main scientific drivers are transient searches and dark ages cosmology of which LEDA plays a significant role. LWA-CA leverages the R&D provided by LWA1 and is based on its architecture. However, LWA-CA is not optimized for beamforming but rather for imaging. Thus, its initial 256 dipoles forming the core of the telescope are spread out with baseline lengths more than a factor of 2 longer than at LWA1. It also adds 5 “outrigger” dipoles providing well isolated dipoles for total power measurements distributed in a half circle around the array. Currently, the array is undergoing an expansion of 32 dipoles increasing baseline lengths to 10’s of km and thus resolution of the array.

A central piece of the digital backend of the LWA-CA is the LEDA 512 input FPGA/GPU correlator originally dedicated for dark ages cosmology observations, but now makes an integral part of LWA-CA (Kocz et al. 2015). The station in California, together with LWA-NM provides anti-coincidence measurements in two different RFI environments for total sky power measurements and verification and commissioning tests comparing different digital backends in New Mexico. The imaging capabilities provided by LWA-CA will be critical for accurate gain calibration, antenna gain pattern measurements, and modeling of the foreground emission that needs to removed from the total sky power model in order to reveal the spectral signature of the cosmological dark ages.